Raising a puppy has been an interesting experience.  Every time I believe that we may be nearing the end of puppy stage, Phoenix (7 months) surprises me with another behavioral change.  He is always sniffing everything when outdoors but this month, his latest fetish is rocks and mulch. As much as I love that my boy is enjoying the outdoors, I also worry about supervision of my pup.  Is it harmful if my dog swallows a small pebble? Is eating mulch ok?

In writing this post, I realize that I may sound like a neglectful puppy mom.  Who allows their dog to eat rocks or mulch? I keep a watchful eye on my puppy, especially given that we live in a new area with different and exciting scents to explore.  Our house has a lot of small pebbles and mulch as landscaping, and if it is raining, Phoenix will only explore the mulched area under a covered deck where he will stay dry.  It sounds like typical puppy stuff, right?

It was only a few days after moving into our new house when I noticed Phoenix had a profuse runny nose out of one nostril.  I was more perplexed given that he had been safe inside the house while I was at work.  After a few days, his nose was not getting better, and he constantly attempted to clear his throat of any drainage. The vet stated that Phoenix must have sniffed a small piece of grass or mulch up his nostril and removal of the small object would be too invasive on a short-snouted dog.  He was given a ten day course of antibiotics, in case it was an infection, and after several days of more drainage and throat-clearing, he was back to normal health.

Fast forward one month, and Phoenix continues to sniff the mulch, despite my efforts to keep his nose from getting too close to the ground.  In addition, he loves to pick up small pebbles and sticks from the yard and driveway. More times than I can count, I have looked away from Phoenix for only a second to find him chewing on something he found in the yard.  After a quick swipe of his mouth, a rock, mulch, or even trash has popped out.  It makes me nervous that one of these days he will swallow a foreign object before I can intervene.

Why would my dog want to eat rocks or mulch?

What if your dog has eaten rocks or mulch?

If you notice rocks, or other foreign objects, in your dog’s stool, it is time to call the vet.  Blood tests can reveal any blood or electrolyte deficiencies, which may be corrected with a change in food.  If blood tests do not reveal any health changes, then correcting behavior will be necessary. Ultrasounds, X-rays, or CT-scans can reveal any gastrointestinal blockages or other issues that may be the culprit for your dog’s behavior changes.

Eating too much of anything is never a good thing.  Mulch, rocks, or any other kind of debris can block the gastrointestinal tract leading to digestive issues.  Mulch, since it is made of wood, can splinter when chewed, thus causing irritation, abrasions, tears, perforations, or blockage.  Too many rocks can block the gastrointestinal tract, which may need surgical intervention to resolve.

How to prevent compulsive nibbling/eating of foreign objects

Supervision is key.  If your dog continues to eat foreign objects, like rocks or mulch, even when being lured away by treats, then it may be time for a vet visit for a full health assessment and lab tests.  If your dog is bored, then put some chew toys around the yard so he has something new to distract him when outdoors. Evaluate your dog’s food nutrition label, and discuss with your veterinarian to ensure your dog is getting adequate nutrition.  If bigger behavioral issues are to blame, then attending dog school or obedience class may be necessary to help your dog learn coping skills and proper behavior.

Bottomline, dogs are going to get into things that are not for puppies or dogs.  They are curious creatures by nature and get into things that are not intended for them.  Always be vigilant, and watch your dog closely when outside.  Make sure to contact your vet immediately if you are not sure if your dog ingested a strange object or if there is a change in behavior. Lethargy, lack of eating, confusion, or noticing foreign objects in stool, are all cause for concern. Gastrointestinal disorders can become bigger issues, usually resulting in surgery, if left untreated. Prevention is key to a happy and healthy pup. 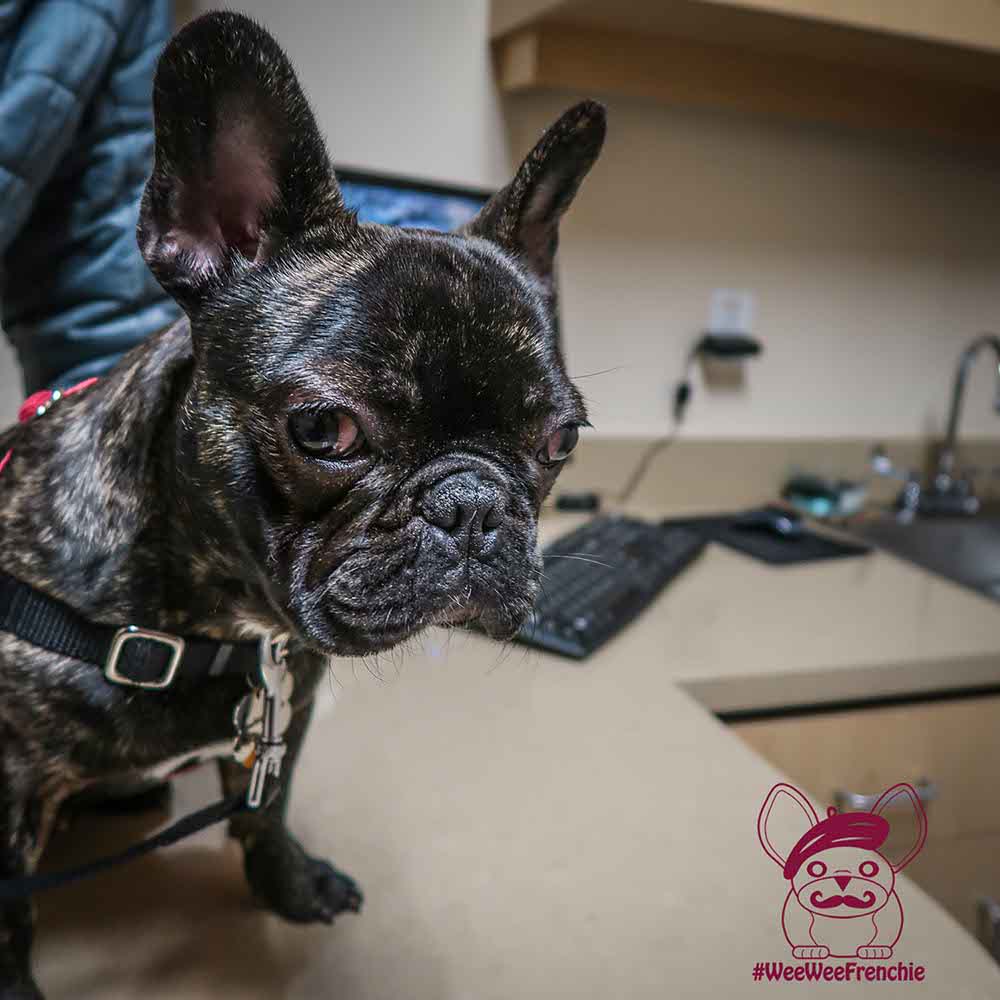 It is springtime, and after such a long winter, all that sunshine is going to our heads. We are dreaming about paddleboarding, barbecues, and any other outdoor activity that gets us in the sunshine. 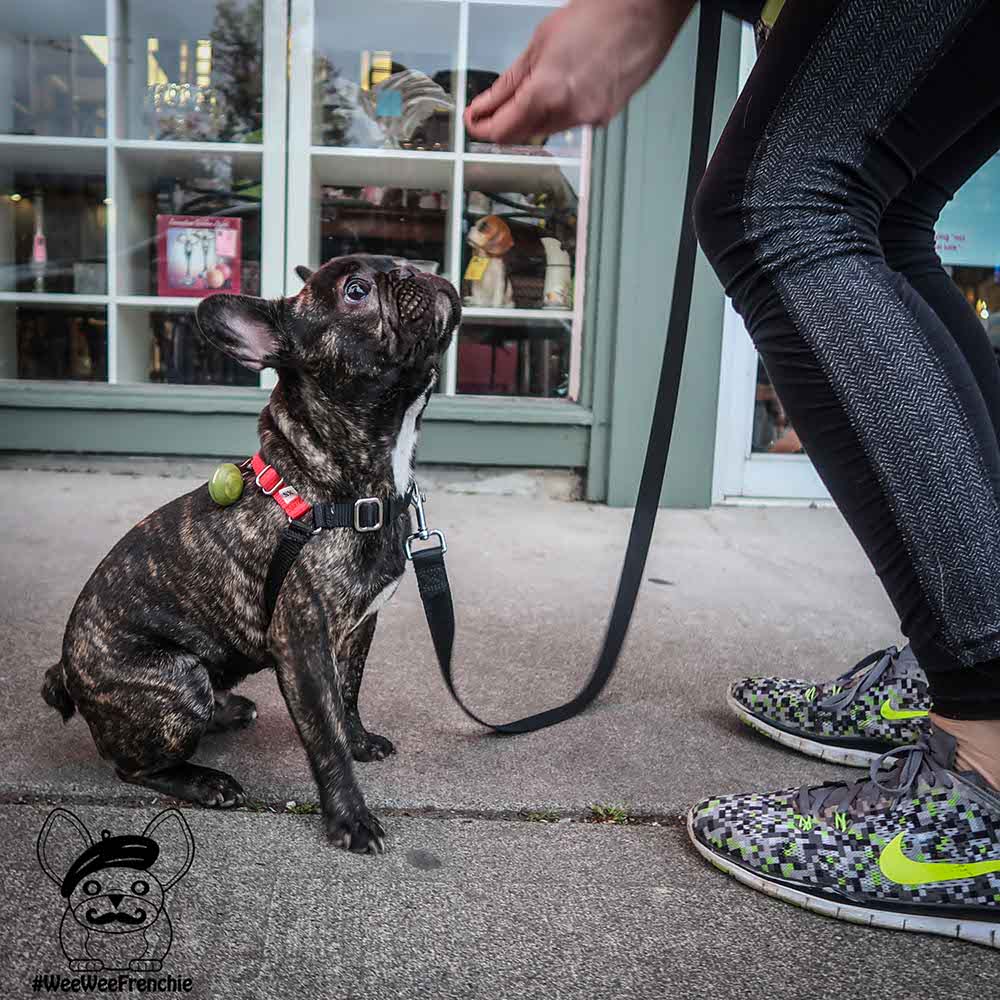 It has been a few months since I wrote confessions of a frazzled frenchie mom. So many things have changed in my life over the last few months, which can be challenging with a puppy, a dog, and two cats.