Living in the Pacific Northwest can be difficult since sunny skies are mainly limited to summer days, and all the other seasons include rain and cloudy skies.  That means as fall has set-in, our summer days are slowly trickling away while the rain and overcast days are becoming more prominent.  It becomes harder to muster up the courage to go outside when your reward is getting drenched in rain or being splashed with water when a car inadvertently hits a puddle.  We are determined this year to change our rainy, overcast, chilly days into success stories.  We plan on braving the environmental elements and getting our feet wet so that we can discover fun events even though we want to crawl into bed and hibernate until June.  This will not be easy since my French bulldog, Cooper, loathes being wet but I believe he will finally use his raincoat that has been sitting in a drawer for the past two years.  So our first event on our list of fall activities is attending the local Oktoberfest.  I love music.  My dog likes beer.  And who would not want a big bread pretzel.

Oktoberfest is a German festival that is sixteen days long and includes beer, food, games, amusement rides, and music.  The festival started as a wedding celebration in 1810 between the future King Ludwig I and his wife, Princess Therese of Saxony-Hildburghausen.  The festival has continued annually, and each year, the festival has grown in size and diversity.  What was once small beer stands and a few carousels has been transformed into huge beer tents, music, as well as fair grounds complete with amusement rides and a museum tent that showcases old costumes.

I usually avoid large festivals but this year, I decided to venture outside of my comfort zone to explore the unknown and forced my dog to attend.  By attending smaller, local festivals, it provides an opportunity for socializing and by having a dog, it can be a good ice-breaker for starting conversations with strangers.  So what happened at our neighborhood Oktoberfest?

This was Cooper's first dog contest, which included a prize to be a cover model for a local dog magazine.  Cooper was one of several dogs to enter, which included an array of dogs from lab puppies to full-grown German shepherds.  Out of eighteen contestants, Cooper and a German shepherd were the only dogs in lederhosen so you can imagine my surprise when Cooper (nor the German shepherd) won the dog contest!  Of course, I thought my dog was the best in show because it was Oktoberfest, and he had on lederhosen!  Unfortunately, Cooper was snapping at other dogs because he knew he was in a hysterical costume, and although he loves to make people smile, he must have felt like the other dogs were picking on him.  Poor Cooper won my heart, as well as the hearts of several people in attendance, at the festival.

By taking Cooper to Oktoberfest, it allowed for instant conversation with other French bulldog owners, as well as socialization for Cooper with other Frenchies.  People are usually more than happy to talk about their dog, and it allows for owners to share their secrets from awesome meet-ups, doggie daycares, or even recommending a vet in the area.  Also, Cooper did not snap at other Frenchies while in his lederhosen costume so he probably felt that other Frenchies "understood" what it was like for their owners to dress them in costume.

Dogs are great animals to take to events because they bring joy to almost anyone passing by.  Cooper and I were approached by dog lovers who wanted to ask about what is it like to own a Frenchie to asking about where did I buy Cooper's lederhosen outfit.  Even if someone passed us by without speaking to us, we usually heard the comments, "Oh, look at the dog in the lederhosen!  Ah, how cute!"  Or when we stopped to take a photo, we instantly had a crowd of people around us gasping, "Ahhhhh."  It was amazing to see how one furry friend could bring so much happiness and smiles to another person.

So after a day at the local Oktoberfest, Cooper and I considered our interactions with others to be an invaluable experience.  We enjoyed being able to meet other dog lovers and Frenchie owners, and we had fun taking pictures around the event.  Of course, we enjoyed the beer, and even though Cooper did not win the dog contest, he did have a celebratory taste of hefeweizen.  Not many dogs would wear lederhosen for five hours but Cooper wore his costume like he was best in show!

If you have the opportunity, take your dog to the local Oktoberfest and see what happens.  It gives a great excuse to dust off the lederhosen or dirndl costume, eat some pretzels, drink some beer, and you may be surprised by your experience.

Cooper and I are planning our costumes to next year's event so feel free to share your costume ideas below that will help us to win the dog contest in 2018!  Prost and Auf Wiedersehen! 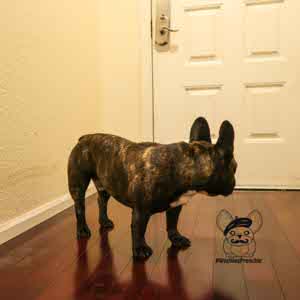 What is routine life to me is not necessarily normal life for my French bulldog, Cooper. I know what happens when I leave for work or another commitment but to my dog, I have ventured off into the unknown abyss beyond the front door to a world that is far away. 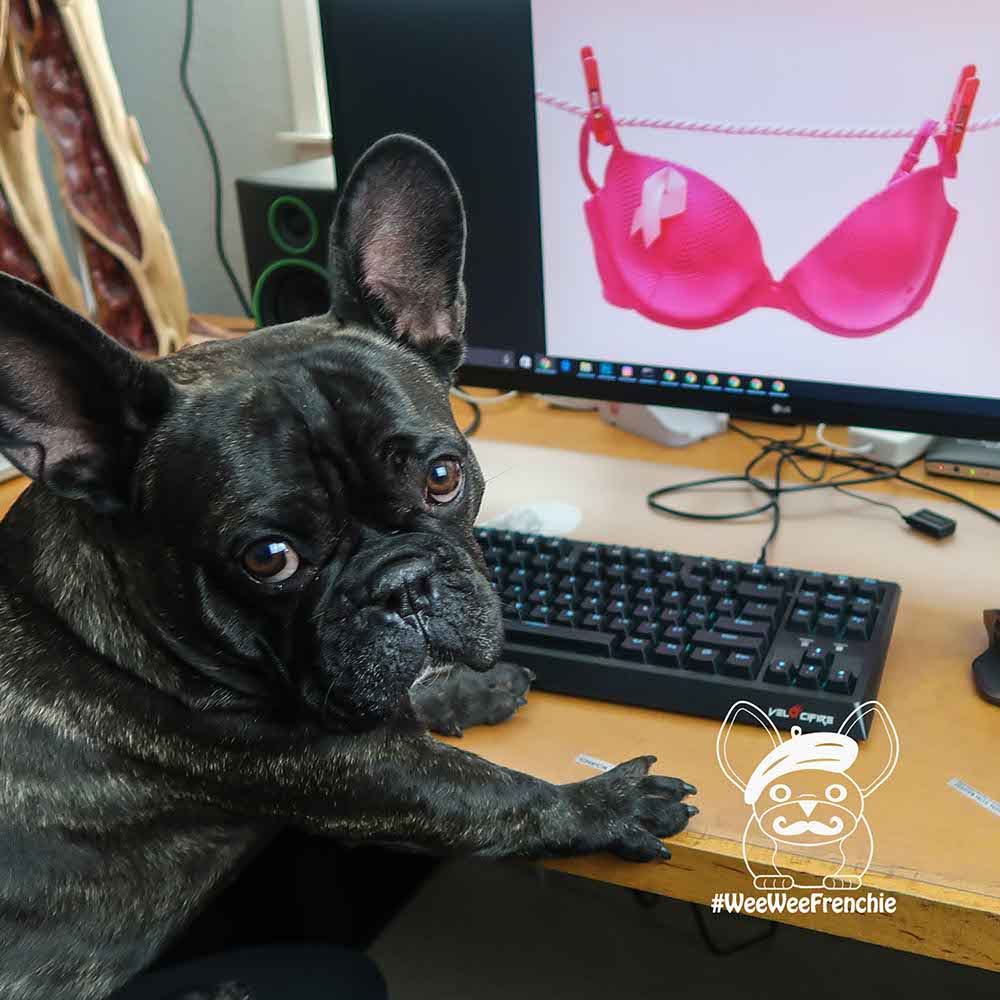 October is breast cancer awareness month, and Wee Wee Frenchie wants to celebrate boobies! Since we all have breasts, some more noticeable than others (we will explain more in the next paragraph), we want to celebrate "us!"