And do not forget about Aunt Voula constantly raising her shot glass of ouzo while shouting, “Opa!”  I think the dad, Gus, said it right when he said, “There are two kinds of people - Greeks, and everyone else who wish they was [sic] Greek.”

Gus’s words resonated in my head, and he was right!  I wished that I was Greek.  I never had that close family relationship with my own family, unlike that of Gus Portokalos had established within his own family. The cousins were close with each other, the parents were great friends, and it seemed there was always a party to celebrate someone’s accomplishment.  So, yeah, I “wished” I was Greek.

Unfortunately, I cannot change my origins but I can celebrate at the annual Greek festival within my community.  Greek festivals are usually arranged by the Greek Orthodox church, and the celebrations are meant to be shared with the whole community, Greeks and non-Greeks.  The festivities allow for everyone to sample food, dance, culture, traditions, heritage, and the spirit of being Greek.  Opa!

Ancient Greek festivals were usually celebrated around sporting events, and the most popular to date is still the Olympics.  These festivals allowed for celebration and paying homage to gods with competition not only in sports, but also in the arts like music, poetry, and theatre.  The Olympics paid homage to Greek god, Zeus, while the Pythian games celebrated the Greek god, Apollo.  So fast forward to present day, and even though the Olympics are still celebrated with sporting events, the annual Greek festival is a much smaller scale community celebration.

Attending the Greek fest would not be complete without my trusty side-kick, Cooper, my French bulldog, who loves a good party!  My dog is highly food motivated, and if there is a party with food included, Cooper will make sure that every morsel on the ground is picked up by his tongue and ingested.  It is like his own person scavenger hunt with mini-food rewards, and Cooper is sure to win at that game.

The annual Greek fest in Seattle is always a big success, and even though I had heard about it before, it was my first time in attendance.  For being a local event, I thought it would be a smaller venue but I was wrong!  I should have remembered that Greeks like to do everything grand, and this festival was no exception.

Upon arrival, there was a covered tent that took up the entire parking lot, which was at least the size of a high school basketball court, if not bigger.  It included several food stands, beverage stations, a stage for dancing, and plenty of space to sit and chat with friends.  In another room was a private, formal dining hall, which showcased nicer sit-down dinners, which I believed was served restaurant-style with waiter service.  There was a wine-tasting event where you could sample a variety of wine, as well as make beverage purchases of your favorite selections.\

As we made our way further onto the property, there was an informal snack station, complete with homemade pastries and beverages, where I made sure to try the very strong Greek coffee, which is not for weak stomachs.  The coffee is so strong that you will surely shout, “Opa,” as soon as it hits your stomach!  In layman terms, it may take some time to get used to the stronger flavors and grit of the Greek coffee but, eventually, it will win you over.

If coffee is not your style, there was an entire auditorium that was called the marketplace, which was filled with Greek items like; homemade pastries and bread, coffee, olive oil, honey, and olives.  There were also a few specialty shops that sold homemade goods made by the nuns like; pasta sauce, jams, candles, and soaps.  As if that was not enough, there were more shops selling local Greek goods like jewelry, soaps, lotions, as well as the church bookstore selling t-shirts, homemade decorative items, as well as religious items.  Bottomline, even though you were still in Seattle, you felt as if you were transported to Greece, if only for the day!  Opa!

So how did Cooper like his experience?  This was definitely more of a challenge for me as a parent because Cooper required constant parental supervision.  If there was the possibility of the smallest food morsel left on the ground, Cooper was sure to find it.  He was constantly drooling during our experience because he was positive that he would succeed at finding any unwanted food particle left behind.  In fact, every time I wiped the drool from his mouth, not only would I find slobber but also dirt and pebbles tucked into his droopy cheeks.  (Gross but just imagine how I felt!)

That being said, Cooper was a fan-favorite with kids and adults.  In fact, Cooper had a particular boy admirer of about ten years of age, who asked many questions about Cooper including his favorite foods, his fur, his ears, his slobber, and even introduced Cooper to his family!  Adults were just as amused to see a slobbering, wrinkled-faced dog who was so distracted on his quest for food that he could not be bothered to look up at anyone passing by.  Some people did not let Cooper’s distractions deter them from giving him some pats on the head.

At one point I sat down to take a break from walking with Cooper, who was tugging on the leash during the whole duration of the festival.  While talking to a stranger about Cooper, a small child under the age of two years old, reached into my bag and removed my unopened beer bottle!  The child had shaken the bottle and spun it on the ground until it started leaking.  Ultimately, the beer bottle was starting to spray any kids in its’ path.

I was unaware of the events that had unfolded until a man, who looked like Gus Portokalos, motioned at me to look behind me.  When I looked behind me, I realized the horror that had unfolded and quickly questioned how many parents were letting their small children run around unattended.  There was not just one child but a whole flock of kids of various ages running, screaming, and having a good time.  I guess they made their own water-works with my beer spraying all over the place, and luckily, another adult ran over to swoop up the spraying beer bottle, ultimately, putting it in the trash.  I felt terrible for not watching all of my things but quickly realized no one was judging me.  It seemed that if you were Greek or at a Greek event, kids were allowed to run around unsupervised and get into things.  As long the kids remained uninjured, there was nothing to worry about.

After the beer incident, I relaxed to enjoy my replacement bottle of beer and learned to enjoy the Greek festival in all of its’ glorious mayhem.  Being Greek, even for a few hours, felt adventurous, fun, unrelenting, and social.  Kids were making their own scavenger hunts of getting into your personal items when you were not looking, and my dog was determined to find every food crumb on the ground.  The Greek adults were storytelling and dancing, and the more elderly Greek adults were keeping a watchful eye over all of the activities to ensure order without being overbearing or rude.  When I realized how to be Greek, I felt that Toula’s words at the end of the movie, My Big Fat Greek Wedding, finally made sense to me.  Toula said, “My family is big and loud but they are my family.  We fight, and we laugh.  And, yes, we roast lamb on a spit in the front yard.  And wherever I go, whatever I do . . . they will always be there.” ¹

So even though Cooper and I were Greek for the day, we will remember our day at the Greek festival with love and admiration for anything Greek!  Cooper will remember every food aroma he smelled, as well as every nibble of food he had.  I will never forget the constant parental supervision of Cooper, while trying to monitor my personal items from the young children.  Needless to say, the mayhem that ensued also contributed to the lack of photos from the event but it was all worthwhile after a shot of ouzo.  Opa! 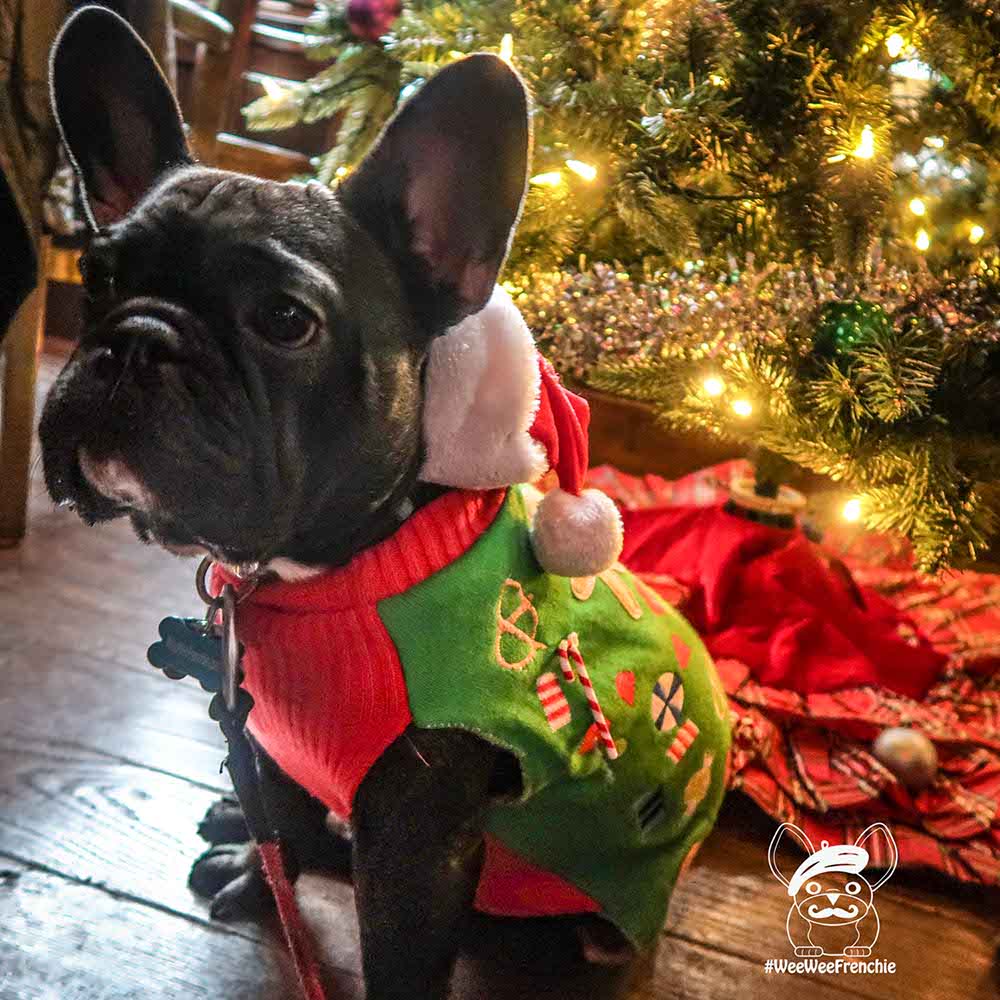 Deck the halls with boughs of holly and a birthday cake, fa la la la la and happy birthday to Cooper!

It is November, which means it is time for Movember!